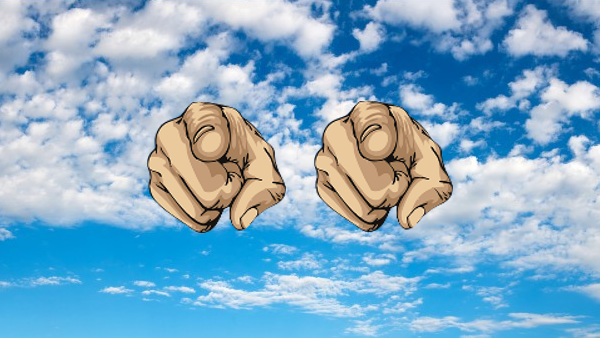 I recently got hold of a copy of a very interesting book all about the development of the early PC game Wolfenstein 3D. Rather than being a history of ID Sofware, and the team that went on to develop the seminal games Doom and Quake (for which see here), it’s more of a review of the Wolfenstein 3D codebase (which is open source and available on GitHub) and a presentation of the challenges that were overcome in developing a groundbreaking 3D game for the PC with typical specs as of the time: i386, VGA graphics, Soundblaster sound card, running MS-DOS with perhaps 2MB RAM.

A PC of that era had significantly more CPU horsepower (in terms of MIPS) than any of the contemporary games consoles and that was what made it appealing as a target platform for a 3D game. The nature of the segmented memory model that DOS imposed (as a consequence of being tied to Real Mode on the 386), the architecture of the VGA graphics card and the lack of hardware floating point on the 386 presented lots of challenges to the project, and the strategies that Carmack and co. came up with to make it all work are ingenius and very interesting. It’s a good read … for those of a more geeky persuasion anyway. People like me, and - I suppose - you too dear reader.

All this is very interesting but not really the subject of this blog post. This post is a follow up to a previous one I wrote about the floating point representation of real numbers and was inspired by a description of floating point from this book that was unlike any that I have seen before. It represented a different way to think about that particular numeric format and, I think, is a very helpful way to try to visualize (and understand) how it was designed. I also realized that I’d left out descriptions of the “special” floating point values in my previous article and I needed to remedy that. So here we go. Onward!

… and the following expression involving a sum of powers of 2 …

It then proceeds to inform you that one bit of memory is used to indicate the sign of the number (the value \(s\) in the expression, where 0 indicates positive and 1 indicates negative), eight are used to represent the biased exponent (the value \(e_{biased}\)) and 23 are used to store the digits of what is known as the mantissa where there is an assumed leading 1 bit and the stored bits are assumed to be the part to the right of the binary point (the equivalent of the decimal point in the decimal representation of a real number). These are bits \(b_i\) for \(i\) in \([22, 0]\).

I hope you can see that the accuracy of this approximation will depend on \(N\). The larger the value, the finer grain the divisions between the bounding powers of two will be and the closer we can get to the actual value of \(|R|\). I also hope you can see that the range of possible values we can approximate (from smallest to largest) will depend on \(e_{min}\) and \(e_{max}\).

In this case we can represent \(6\) perfectly and so we do.

Again, we can’t represent \(50\) perfectly. The best we can do, within the bounds of the parameters we have chosen, is to use \(48\) as an approximation.

Mapping Between the Two Views

How does this view map to the traditional view of floating point and to the bit representation that we saw before?

The choice of \(N\) is critical and represents the granularity of the quantization that we impose on the ranges between consecutive powers of \(2\). The quantum is equal to \(\frac{1}{N}\).

The mantissa \(m\) represents how many quanta we add to the first power of \(2\).

The choice of storage size for \(e\) is critical and dictates the extremities of the range of values that we can represent.

We always use the same granularity of quantization (the same number of bins) regardless of the power of \(2\) at the start of the range. This means that the absolute size of each bin (our quantum of value) grows the larger the number that we are representing. It also means that the relative size of each bin, relative to the starting value of the range remains the same for all ranges though. We can see this in the following image … 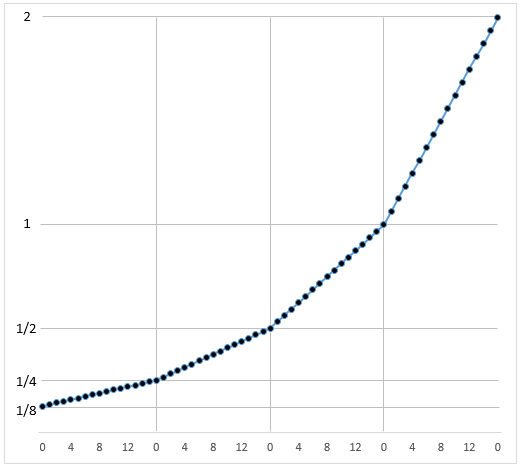 … as opposed to the regular …

Or with our alternate view …

One Final Picture or two, or three …

… and as the corresponding decimal values …

The values above include the denormalized numbers. To see the smoothing effect that these have let’s look at a picture showing the values of our representation near \(0\) with and without denormalization. First without … 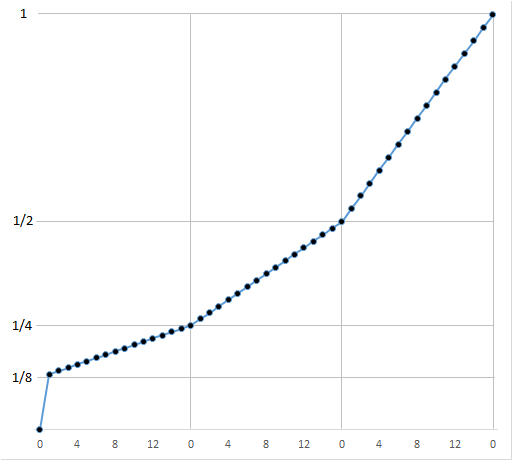 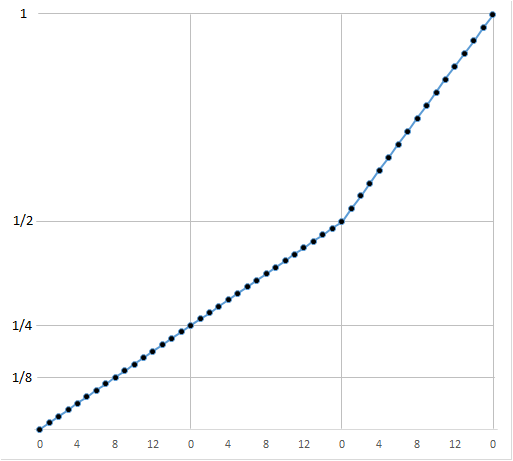 Lots of people have written about floating point online. I have no illusions that my witterings are especially insightful or worthy. I have cribbed much of my knowledge from other places on the web actually. Here are some links to such resources. Go read more on the subject.